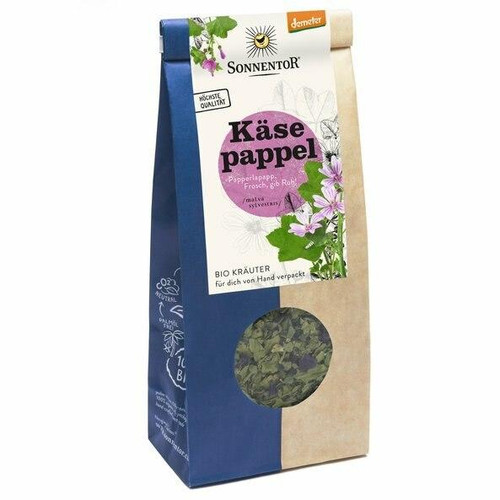 Common or Blue Mallow - commonly also known as "cheese flower" - is exactly the right herb when the frog is stuck in the throat. Fresh like the morning dew and dry alike, this tea goes well with Japanese cuisine and lamb stews. Blue Mallow is also called “cheese flower” as its fruits are shaped like little cheese wheels. In folk medicine, they were used to cook a strengthening paste called "Papperl" (German) that was used to nourish and strengthen weak people.